How the NFL Draft Works

Yesterday was the start of the 2019 NFL Draft. You may be wondering why this day is so pertinent to college football? Well, some teams will be losing their best players, and yet it’s bittersweet because they get to see a former teammate/classmate become a pro athlete.

If you’ve never watched the draft before, it can be quite confusing to understand all the rules and how it works, which is why we’re going to break it all down for you! 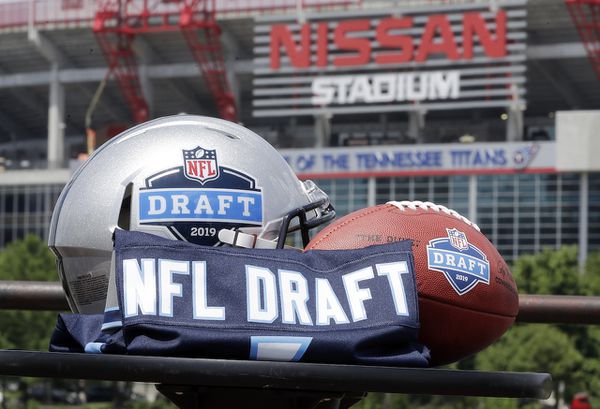 The order of the draft is basically determined on a “losers first” basis. Each round will start with the team that finished with the worst record. This year, the last to go will be the Patriots since they won the Superbowl. All 20 teams that didn’t make the playoffs with be put in order from 1-20 based on worst record to best. Worst will pick first, as this way it gives this team a better advantage at a top player to help them improve this year.

For teams that did make the playoffs they’re assigned spots 21-32 and their rules are slightly more complicated, but just know, they’re basically organized by what round of the playoffs they lost in, again worst picking first.

If a team has the exact same record as another team, that’s when it gets a little interesting! The team with the harder schedule will get a higher pick.

How Many Days Is It?

The draft is 3 days long from April 25th to April 27th. The first round is day 1 and gets a whole day because it is the most important round with cream of the crop players. The second and third round is the second day and rounds four through seven are on the last day.

How Long Does a Team Have to Make a Pick?

During the first round every team has 10 minutes to make a selection. In the second round they have seven minutes, and 5 minutes for picks in rounds three through six. Lastly, they have 4 minutes in round seven. They can actually choose later, but they will take a huge risk that the team next in line will take their pick, so it’s always best not to pass.

Teams can trade players once drafted to improve their current draft position or rank better for a future draft.

Who Can Be Drafted?

Arguably the most pressing question- Who can actually be drafted? Surely a high school student can’t just be drafted. Well, here are the official rules. Players have to have been out of high school for three years and must have used up their college eligibility before the start of the next college football season. Any other players can request approval for early draft as well, but it’s not guaranteed to be approved. The NFL will search through roughly 3,000 college players to make sure they’re all eligible before submitting them to the draft.

What Is A Compensatory Pick?

Well, this pick is a little complicated so we’ll try to simplify. These picks allow teams that lost free agents that year to use a draft pick to fill their spot. These picks take place in the third-seventh rounds only. These picks are determined by a special formula that you don’t really need to understand, but the NFL develops it to make sure picks are fair.

Hopefully, now that you understand the draft, you’ll be able to watch all weekend long and look forward to football season coming sooner than we think.